Jim has served in various capacity over the 30+ years. In addition to numerous volunteer roles, He has served as pastor of six congregations. Prior to joining ABCS, Jim was the Associational Director of Valley Rim for five years. In addition to supervising the staff and programs, he focused on resourcing pastors and helping them connect with one another.

Jim’s post-graduate work is in spiritual formation. He holds a certification in biblical coaching. He has served as an intentional interim and works one-on-one helping to develop those who serve. He is intentional about helping others succeed in their personal relationship with Jesus, their service to Him and developing the Body of Christ to manifest the nature and purpose of God.

Jim is married. He and his wife have one daughter. He is a native of Arizona and has never served outside the state. All his opportunities to serve have been in normative sized congregations of 100 people of less in both urban and rural settings. 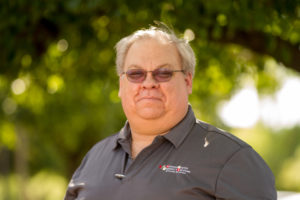